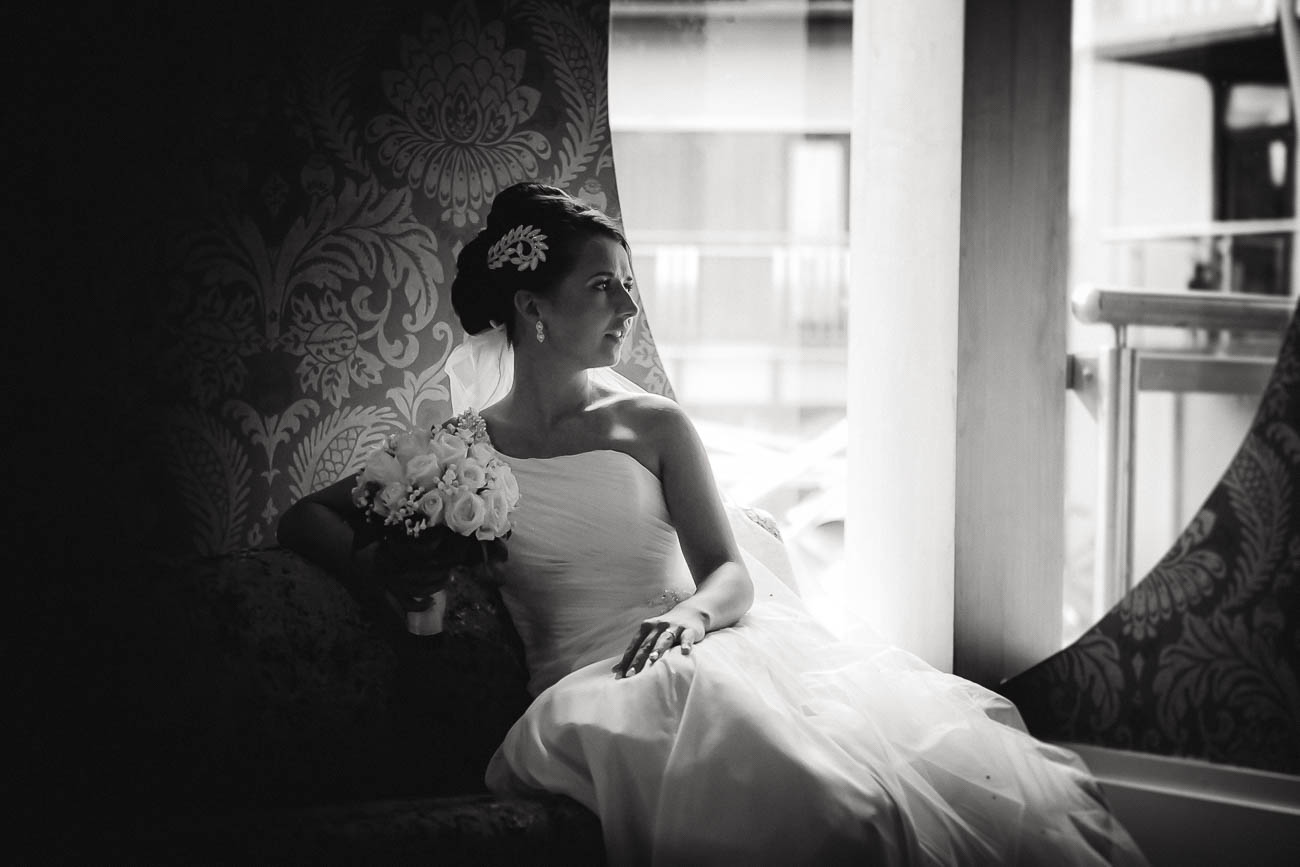 The morning started at Caroline’s home where the house was buzzing with girls getting ready. Paul from Crystal Clear video & myself got started with the details first, the shoes from Karen Millen were an easy item to photograph, all blinged up and sparkly. I saw the hallway and thought that would be an ideal spot for the dress photograph. Using angular doors and frames to create a nice visual for the album.

We made our exit shortly after the bridesmaids helped Caroline into the dress, to get over to the boys in Naas at the Osprey hotel.

The lads goofed around as usual for their pre-wedding photos, being in the bar, I suspect there was a little pre-jitter juice at play. :)

We took most of the shots around the bar area, with all the colours adding a little extra dimension.

The civil ceremony took place in the Aviary room of the hotel which was red-carpeted for the big occasion.

The ceremony was short but filled with a few touching moments and rendition of Cold play and Lumineers songs much to the delight of the guests.

After the ceremony, we headed out to do family and group shots and the personal bride and groom session. We started with the cake cutting, using the room as a backdrop, the purples and oranges lend a really vivid splash of colour.

Next on the agenda was groups shots, which went pretty quick, as everyone was organised and ready. One or two more of the couple before heading back & leaving them with their guests to party the night away.