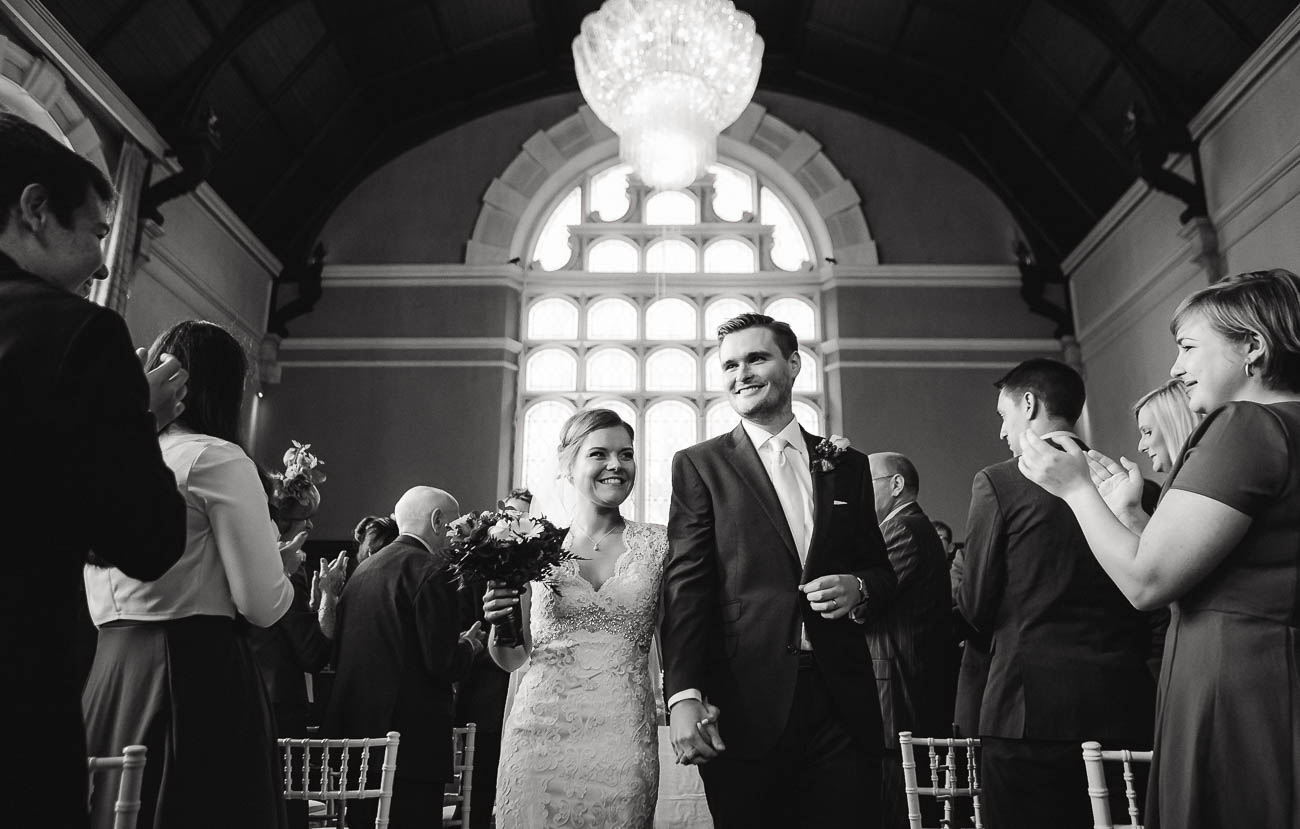 The morning started with the bride at her mother-in-law’s house. The Bridesmaids were already dressed up when I arrived. I set up the detail shots of the dress, moving on to the shoes and flowers while the bridesmaids got the bride Liza into position for a few creative photos with her draped in her veil.

I chose the location by the window where the light was perfect.
Once I was happy enough with the shots it was time to head out and allow them for a few moments of peace and quiet before they headed out for the ceremony.

I’ve caught up with the lads at the at the chapel of the Hotel Clayton in Ballsbridge.
The ceremony was to be held in the Thomas prior hall which is a lovely restored building with beautiful original features of Oakwood panels.

The room was beautifully lit by large open windows allowing for plenty of light to stream in.
I moved around the room during the ceremony capturing plenty of intimate photos of Family and friends.

The ceremony lasted close to an hour after which I took a couple aside to do a few portraits of them by themselves in the ornate staircase and upstairs balcony. Afterwards, they made their way down to the drinks reception while I scouted for a few locations for the group and family shots.

The staircase leading down to the drinks reception had large overhead windows which gave beautiful soft light.I decided to use this location for the group shots and later taking the bridal party out to do their portraits in the gardens and in front of the beautiful red brick building. With a slightly overcast day, I decided to use off-camera lighting to give me a little bit of pizazz to the photos.
I had just enough time to get a few details shots in Thomas Priory Hall before the guests were called for their meal.