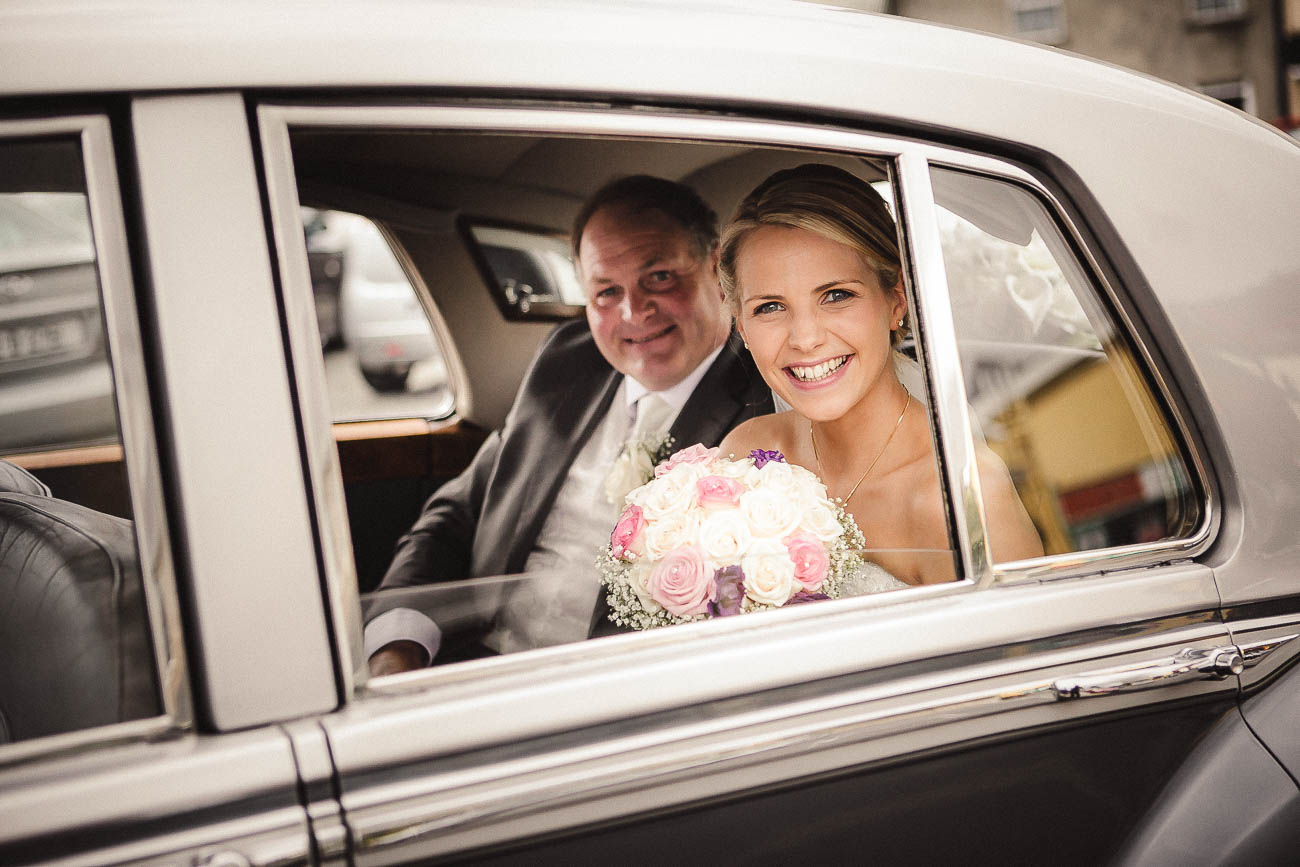 This was the first time I had been to such a remote part of Tipperary. Melissa’s parents house, set on the smiley farm was idyllic, but I hadn’t doubled take a few times on my sat nav.

On arrival, the interiors were the first thing that grabbed my attention, such a lovely setting for the preparation photos.

Secondly was how radiant Melissa looked. Little bit nervous but so excited about the day ahead of her.

I settled in with a few detail photos before capturing the rest of the family interacting. I felt kind of at home with the family, super friendly and constantly offering delicious home baked cakes :) More clients this I say :)

The girls got ready and helped Melissa into her dress, which was just stunning. I set them up in front of the lounge window, so as to use some of the amazing light and decorations in the room. I really love those one light source shots that add mood and character to my photos.

I headed to the church in Borrisokane to catch up with the lads. Spirits were high and even got a few joking around shots before the limo arrived with father and bride.

On entering the church, father led Melissa down the aisle, with a few glistening eyes he managed to keep his composure to give his daughters hand.

The ceremony was light-hearted, another characteristic of country weddings. Using the available light and moving around quietly, I was able to avoid flash and get some nice candid shots of the proceedings.

Vows and rings exchanged and lips kissed they made their way out the church to the reception at Birr County Arms Hotel.

A very interesting place to say the least. I found out from the event manager, they make their own wine while viewing locations for the photo shoot. First time I’ve heard of wine from Ireland, being an a South African from wine country, it’s sounded a little far fetched until I saw the vines growing inside!Enough of that, moving on.

It was a little rainy, but we manage to get outside for a while to get some nice photos, before heading in to get all the family shots.Dinner bell rang and I left the couple to enjoy the rest of the evening.